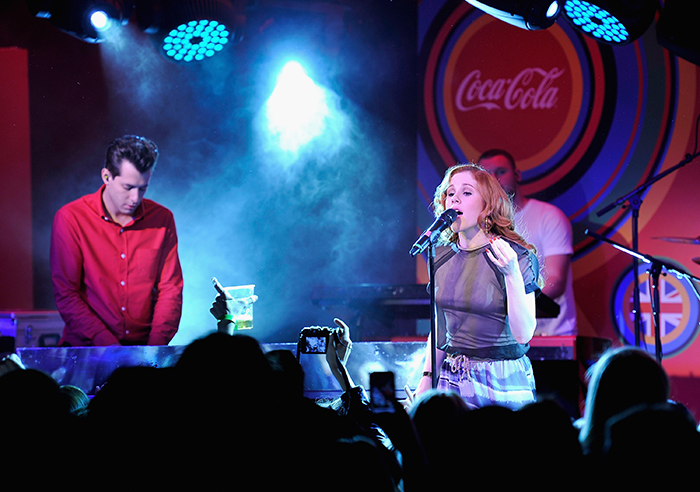 For over a century, Coca-Cola has continually adapted to emerging opportunities across platforms and markets while staying true to their brand values, with sound and music playing a key role in amplifying their message. Coca-Cola’s use of branded sound goes back to their first jingle, “Be Really Refreshed” in 1956. Responding to the growth of pop radio and television, Coca-Cola introduced a recognizable and singable tagline that helped them stand out within the booming media and entertainment landscape.

This formula continued to work throughout the ensuing decades, reaching an apex in 1971 with “Hillside,” their most successful TV commercial featuring the song, “I’d Like to Buy the World a Coke.” This song served as a blueprint for Coke’s future music strategy, all the way through to “Open Happiness” launched in 2009, which leveraged a similar palette of strummed acoustic instruments, anthemic chord structures, and large vocal chorus melodies to drive an optimistic and inspirational brand message across campaigns, platforms, and markets.

In 2016, as Coca-Cola moved to a “one-brand” strategy to connect its primary beverages (Coke, Diet Coke, and Coke Zero), the company also changed its tagline and audio signature to “Taste the Feeling,” reflecting a more product-driven approach. Influenced by one of the company’s classic taglines, “Have a Coke and a Smile,” Coca-Cola shifted focus in their storytelling to ordinary life moments that could be more easily woven into product messaging. (1) “Taste the Feeling” was launched as a song featuring EDM producer Avicii and singer-songwriter Conrad Sewell, and marked the first campaign where all of the colas were promoted under one brand.

“Partnering with artists starts with finding someone who loves Coca-Cola and is genuinely passionate about the brand and product. You also want to find artists who can bring their own personality to a song while maintaining the Coca-Cola sound.” — Joe Belliotti, Head of Global Music, The Coca-Cola Company (2)

By introducing a new audio signature for “Taste the Feeling,” Coca-Cola was aiming for a solution that would allow for singable versions of both the brand name and new tagline. The audio signature was designed to drive campaign creative, and help build awareness for the tagline through a five-note mnemonic. To amplify the multisensory experience of the product, the new mnemonic was also supported by a toolkit of sounds that convey the sensations of thirst and refreshment. A set of sensory sounds related to the product — a bottle cap popping open, a bottle pouring, a thirst quenching gulp — tells the story of refreshment through sound, and invokes the meaning of the tagline. This textural sound design is paired with the melodic, sung tagline to create a cohesive sound identity.

The use of sensory sounds reflects a cultural trend of employing ASMR sound techniques in product marketing. The unique and pleasing impact of ASMR can engage consumers more deeply in product storytelling while also differentiating the brand sonically. Coca-Cola has employed similar audio techniques for decades, going back to the late 1970s sound design work of electronic music composer Suzanne Ciani, who created the brand’s signature pop, pour, and fizz sounds that were used in radio and TV commercials. (3)

Coca-Cola’s long-term commitment to a comprehensive sound and music strategy has helped to define and differentiate the brand over time. By adapting to meet changing consumer expectations while remaining true to its brand values, Coca-Cola has used sound and music to reach audiences across ever-changing platforms. Singable taglines, ear-catching mnemonics, distinct sensory sound design, bespoke music anthems, and a consistently deployed music strategy utilized across markets and brand touch-points all come together to form a holistic global sound identity.