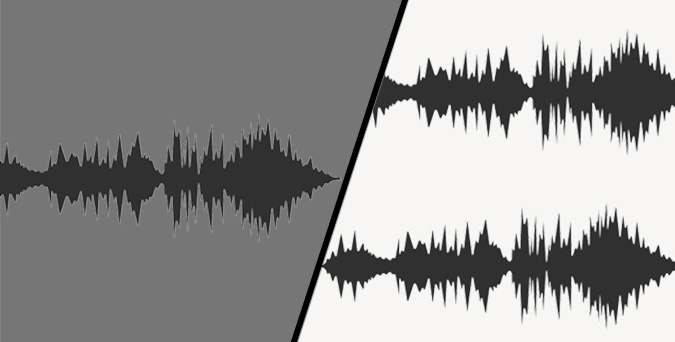 For decades, stereo has been the dominant technique in recorded music for giving instruments a location within a mix. It works by changing the left-right balance of a sound, so that when you hear that sound playing through a set of speakers, you sense it coming from somewhere between them (or if you’re wearing headphones, somewhere between your left and right ears). With the arrival of 3D audio platforms like Dolby Atmos and headphones that let you “move around the mix” via head-tracking technology, we’re seeing some enticingly fresh approaches to spatial audio coming to market.

But before we get too far down the road of post-stereo, let’s explore what came before it – which in many respects never went fully away. Mono, where all the sounds in a mix go to the middle and can be played completely through a single speaker, was the name of the game from the birth of recorded music through the first part of the 1960s. Early recordings, even of full bands or orchestras, were made with a single mic – mono by nature. By the 1960s, recording techniques had advanced, and as more stereo equipment came on the market, labels began releasing versions of records in both mono and stereo before fully transitioning from the ‘70s onward.

Spatial audio, whether stereo or beyond, gives a certain kind of space and feeling to a mix, but mono can help us to better understand what spatialization brings to music. Mono also reveals the myriad other factors playing into the depth of our favorite albums and songs. We hear music in mono all the time – hello, Bluetooth mini-speakers – but if you’ve never sat down and listened to a mono recording, you might expect it to sound flat. A great mono mix, however, is anything but. Mono can have a physicality and power you don’t get from stereo, and it can feel cohesive and full in a way other kinds of mixes don’t.

Our playlist primer on mono pulls together mono (and a few mostly mono) recordings from the past to the present. Listen for how a single-mic recording from nearly a hundred years ago still has sparkle and definition; how punchy and rhythmically glued-together jazz sounds; how a likely-familiar track from the Beatles’ psychedelic period transforms from expansively groovy voyage to jangly, claustrophobic bad trip; how the “loudness wars” of the ‘90s, culminating in the Red Hot Chili Peppers’ Californication, inadvertently brought mono back to the charts; and how a contemporary cut from Kendrick Lamar leverages mono to raise the stakes when the mix goes multidimensional at the bridge. In a number of cases, we’ve included stereo versions of the same track side-by-side, so you can “A/B” and truly experience the difference.